Radhe Shyam Saraf has passed on: The last of the Legendary Hoteliers!

by Navin BerryJanuary 20, 2023January 21, 2023Leave a Comment on Radhe Shyam Saraf has passed on: The last of the Legendary Hoteliers!

Radhe Shyam Saraf, the founder and moving spirit of Saraf Hotels passed on last year. We present a modest tribute to this iconic person who set up Nepal’s first modern five star hotel, and later went on to build an empire of as many as 14 deluxe properties, each iconic and market leader in their city. 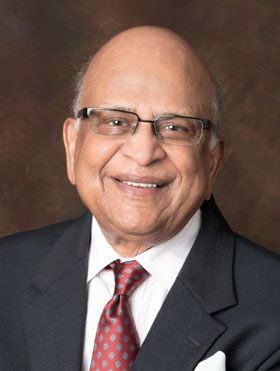 On a recent visit to Kathmandu I had the opportunity to catch up with the Saraf family and requested Arun, who now runs an empire of 14 hotels across the country, a portfolio that includes landmark hotels like Grand Hyatt in Mumbai and Hyatt Andaz at Aerocity in New Delhi, that if I could do a courtesy call upon his father.

Radhe Shyam Saraf, the pioneer who was literally the first mover of modern hospitality in that country, who started it all with the iconic Yak n Yeti some forty years back, from where the journey of the group really began. Over the years I had the good fortune of running into him, at some industry function or the other. Each time he was generous to a fault, enquired about how I was doing, exploring where he could do something for me – was I staying with them, if not why not, that his hotels were always open to me like my own.

Arun got back on a WhatsApp chat to say I could connect with him, as he was going to be there himself, when in Kathmandu. His father won’t be there. Which I did and inevitably the discussion moved onto my nostalgic encounters with the senior Saraf! 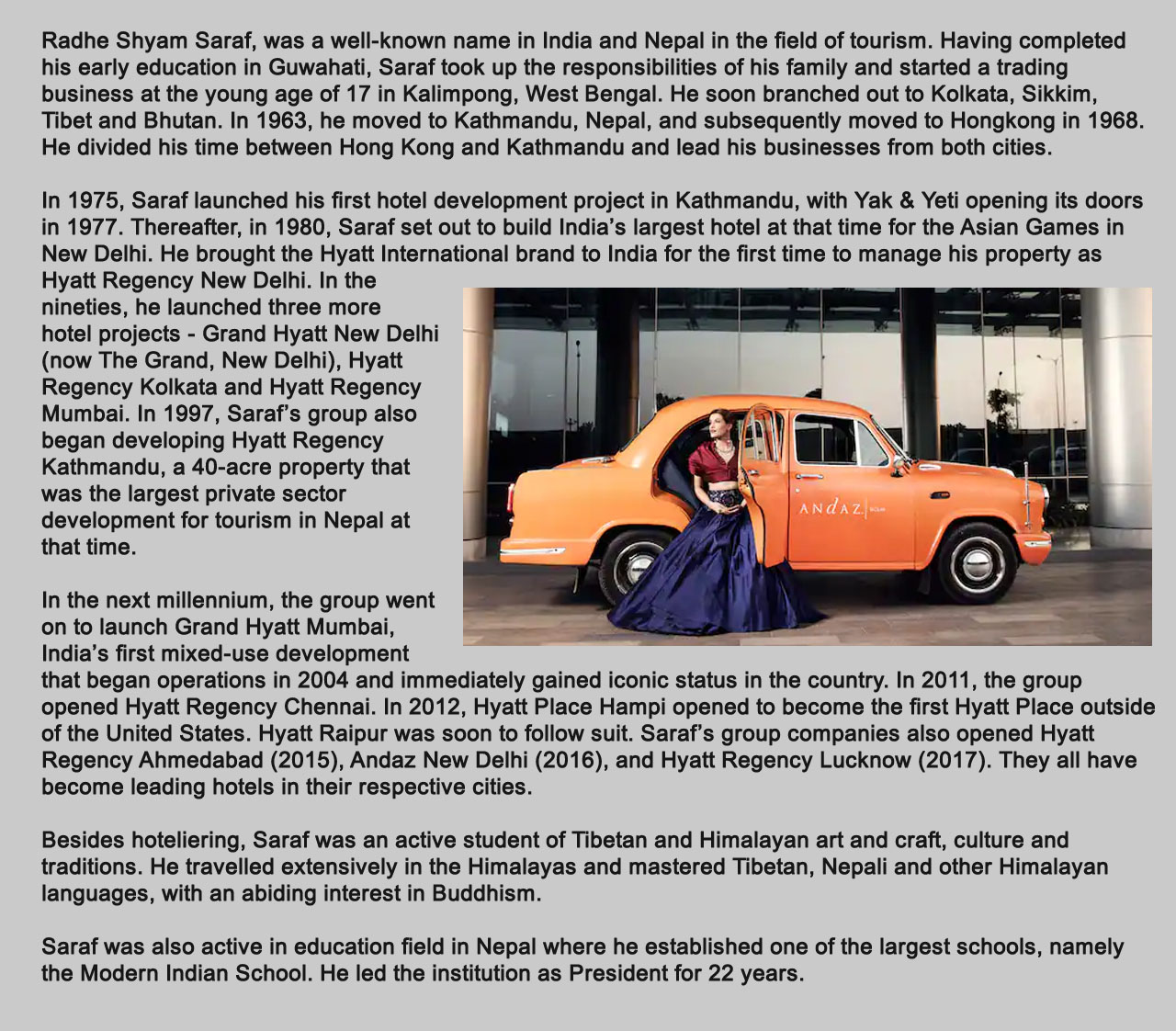 I wanted to catch up with his father, I said. Arun was quiet for a moment and softly went on to say he was no more. I was shocked, at a total loss of words and in fact looked stupid to myself, that I did not know, and that he had not said this till we met! I was told this is how he wanted it, a quiet exit, in keeping with his modest and humble lifestyle, a sheer epitome of humility and self effacement. It was not that he was not a businessman, indeed he must have been, with those he did business with. For others, he was always a quiet recluse who would happily sit in a corner in his own hotel, happily going unnoticed.

So there it was. Radhe Sham ji passed on last March 22nd. He was admitted to Medanta in Gurugram. On that fateful day when he passed on, the family in keeping with the wishes of their father, kept the news within the close circle, boarded a chartered flight and brought his body for last rites to Kathmandu.

And with that ended an epoch in the history of Nepal hotel industry. I would say with that came an end to what must have been the grand ‘old timers’ innings in hospitality in our region. He was the ‘old school’ champion for whom winning friends came easy, hospitality was all courtesy and service with humility. The baton passes on to Arun and Umesh, his two sons who together run the hotel business, and his grandson Varun who presently steers much of Arun’s responsibilities.

Such lives live on, the spirit never dies. As long as mankind survives.