by Navin BerryAugust 31, 2022August 31, 2022Leave a Comment on India’s Aviation and Foreign Policy Mix: an UDAN type Intervention can Leverage India’s Soft Power in the Neighbourhood.

Dr Sanat Kaul, leading aviation analyst, has brought out his book on this important subject. Released recently, the event featured an important panel discussion on the real time possibility! 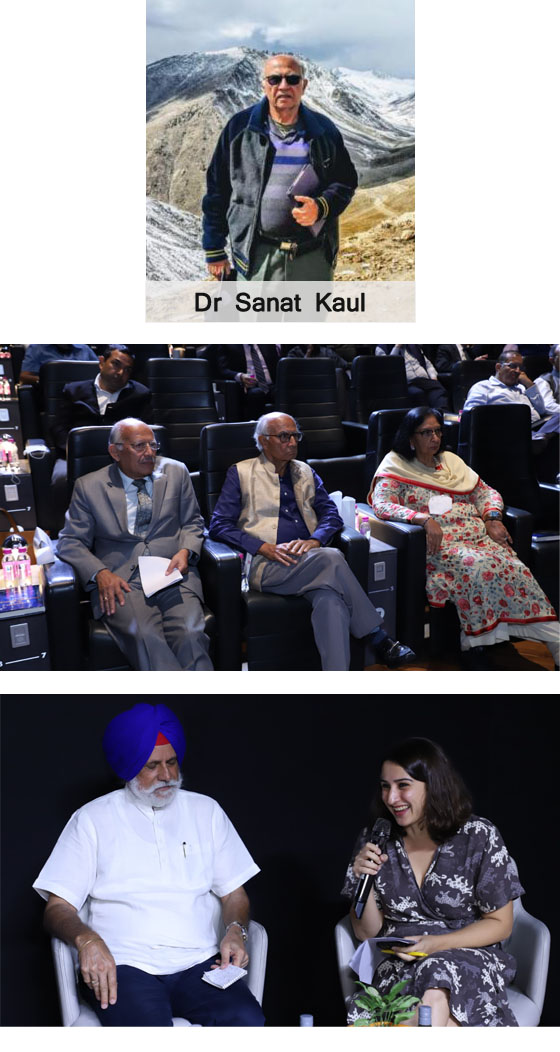 Former senior IAS officer Sanat Kaul, who has served as JS in the ministry of civil aviation, MD in Delhi Tourism and was Indian representative at ICAO in Montreal, has released his book on India’s aviation and Foreign Policy. An interesting and unusual spin on two important aspects of an emerging global power and keen to engage with its neighbours. Kaul’s single biggest push is to suggest an UDAN type intervention to start Indian air services among neighbouring countries, exercising soft power to engage with countries that are increasingly being witness to ‘other’ country pressures.

Well researched and articulated, the book is an important contribution suggesting extension of Indian outbound tourism as a foreign policy outreach. It cites how China has done this successfully. The book release was facilitated by Radha Bhatia, chairperson, Bird Group, at their hotel Roseate at Aerocity, New Delhi. An impressive brief event over tea and snacks that were both eclectic and memorable, at the hotel’s exclusive 50 seater auditorium, the book release was followed by a panel discussion that featured former civil aviation secretary, Pradeep Kharola; ambassador K C Singh; and Navin Berry, editor, Destination India. The panelists highlighted the intricacies in formulating policy, the perils of a dynamically evolving global economy wherein policy making required swift responses. Inter related issues that were highlighted included the problems in India’s bilateral rights policy towards foreign airlines, the country’s emerging aviation landscape with the privatisation of Air India, and among others, India’s growing soft power as a tourism generating people with significant buying power! The book is modestly priced and is available with KW Publishers in the capital.

Anchoring the afternoon was Mahima Kaul Bawa, daughter of the author, a most charming and graceful effort that lent a special dignity to the event. The book is available on Amazon.