IATO Must Enlarge Its Mandate, To Represent All Tourism Businesses Under One Umbrella: Maharaj Wahi

A former president of IATO and a senior industry member, Maharaj Wahi seriously believes the time has come for the apex inbound tour operators’ body to go beyond it original mandate, as times have changed, and become representative of tourism businesses. It’s a call that only the association can make!

As THE most affected industry during the pandemic it’s interesting to note that we have received oodles of sympathy from all corners but very little support in terms of Government action to salvage it.

We have even been given an interesting, new phrase in the form of ‘high touch industry’ which really means that we are a people intensive segment and it wouldn’t be an overstatement to say that the number of lives impacted in this segment is far more than documented, if at all we had done so. And that itself is a sad story considering we as an industry have not been able to bring out data that presents the true picture of economic devastation in people’s lives directly or indirectly associated with it. When we say tourism spreads economic activity horizontally to the last mile, be it a cold drink seller, a cobbler or a coolie, in reverse, we have also taken away that economic activity across strata, the negative impact of which may never really be calculated. 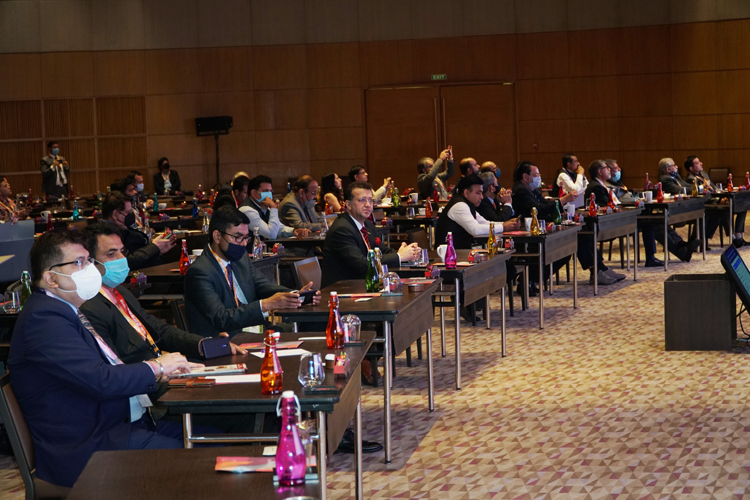 For many years now and specially during my comeback, IATO (Indian Association of Tour Operators) Presidential Campaign of 2016, that I lost, I have been vociferously seeking the expansion of IATO to include all tourism related businesses (and not just Inbound Tour Operators) to empower IATO as a single body representing all segments of Indian Tourism Industry, specially micro, small and medium operators, so they can have a direct, clear voice of their own.

When we formed IATO back in 1982 the world was a very different place and the association was created in keeping and to represent the times it was formed in. Since then the tourism industry, not just in India, but all over the world has gone through many transformations in terms of the supply chain and people driving it. And hence my case that we cannot continue with a vintage steam engine in the 21st century and that the outdated IATO constitution, that I had contributed to myself, must be amended to represent the changed face of the Indian tourism industry. It is not just important but IS the only way forward for our survival; sadly then, I failed to bring a consensus on the subject.

Recently, the announcement of CHATT (Confederation of Hospitality, Technology and Tourism Industry) by Secretary-Tourism, founded by four major tech-travel companies has come as a surprise to the traditional tourism bodies. In the words of one of its founders, “it has been formed to represent the voice of issues of the micro and small segments of the hospitality and tourism industry were not represented or highlighted by any of the established industry associations in their discussions with the government and therefore it was necessary to form a dedicated association to be their voice”.

As we wait to get more details from the Ministry as to who its members (besides the four) would be, and how exactly were they planning to represent the micro and small operators, when they themselves are at the other end of the spectrum, the question remains as to how many more associations and bodies does travel industry need, to be heard ? Do such fragmented voices make a difference or one, united, powerful voice does?

Juxtapose this with NRAI (National Restaurant Association of India), the one body that represents over 5 lakh Indian restaurants and an industry worth USD 4 billion. That’s a good example of simplicity, unity and data coming together and making a powerful voice. And industry insiders would agree that the numbers in tourism businesses are far more when we include the organised and unorganised sector, but that number is unavailable.

It may have sounded ludicrous when I suggested in 2016 that we could take IATO from being a 340 + Active member body to a 7000 + Active member body across all categories of operators (Inbound, Outbound, Domestic, Adventure, Excursion and Ancillary Service providers) in one year by a simple change in its constitution, but at that rate, we could have by now easily crossed a 50,000 mark of tourism businesses on board, representing a few million people if not more.

From my perspective, it is not an option, but it was the only way for IATO to unite the industry by including all micro and small stake holders, giving them all a platform to represent themselves on various forums and in the process becoming a powerful voice that just cannot be ignored!

Drastic times call for drastic measures, and IATO can still take the lead by changing its constitution and uniting the industry, making the impossible, possible. It’s now, or never.